The next stop was Capharnaum, located in Galilee, and the remains of the old synagogue from the 4th century.  It was believed to have been built on top of the site of the synagogue where Jesus taught.  Next to it is another modern church, again built on another ancient site, the house of Saint Peter.  This is all set with the Sea of Galilee as a backdrop.  If you want to get a sense of the vulnerability of Israel to Syria prior to the six day war, you can get it here by seeing how close the Golan Heights (and formerly Syria) is before the capture of the territory. 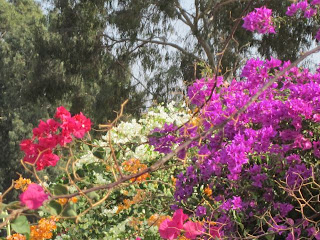 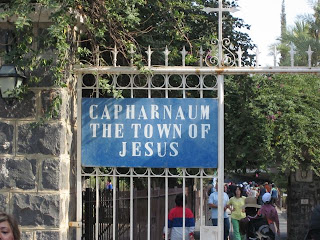 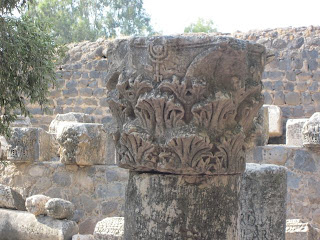 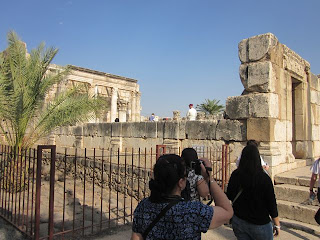 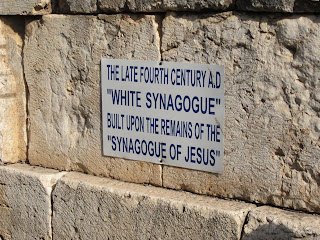 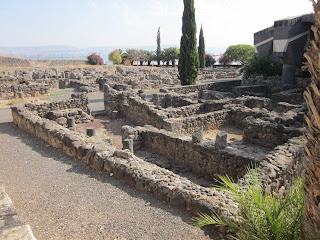 Excavated Village in time of Jesus 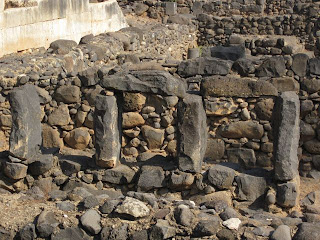 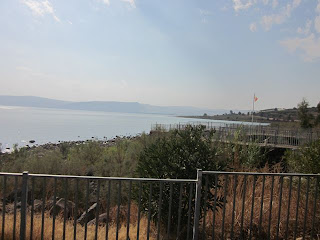 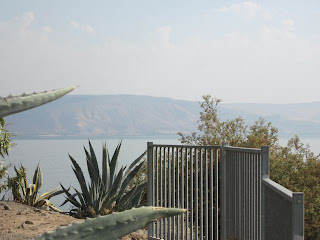 How Did This Come About?