Before closing the book on Greece, two more posts. The first is the trip to Mykonos. For all that I didn’t like Athens, I do have to say it was worth it to get to the Greek Isles. I chose Mykonos because I hadn’t really researched many of the islands. And, being that it was off-season and much of the shops and restaurants closed on most of them, I thought I would choose one that was popular and one that I could do it justice in two plus days as opposed to a place like Crete, which needs a longer stay. So Mykonos it was. Once I finally got there, it was everything that all the pictures and films make it out to be. Stark white buildings with blue, green, red shutters and doors. Crystal blue Aegean Sea. Clean, crisp air. Actually, for a place that pretty much closes up for the winter, it was about 70 degrees the entire time. Hardly winter weather. There were some restaurants and a few shops open. But as far as the crazy nightlife and partying that goes on in the summer, there was none of that. And after nearly two months of travel, that was fine by me.

I stayed at the Rocabella Art Hotel and the accommodations could not have been better. During the winter they only book seven of the rooms so the attention to detail is impeccable. They truly go above and beyond. Breakfast is served in your room. I was upgraded to a room with a patio and jacuzzi that had a view of the ocean, although I could never get the jacuzzi to work right. Spyro, who basically ran the place even drove me to a nearby restaurant he recommended and picked me back up.  And refused a tip! Basically anything you wanted, they would do for you. I don’t know what it is like in the craziness of the summer. But anything close to this kind of service is well worth the extra expense. Here are some pictures to give you a taste. 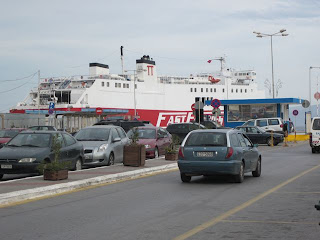 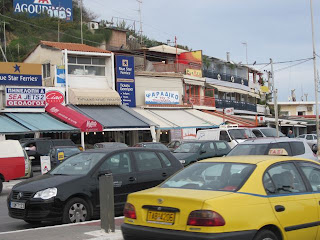 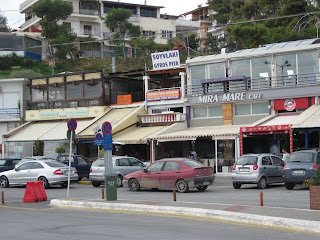 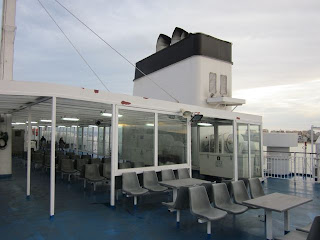 On the ferry – upper outside deck 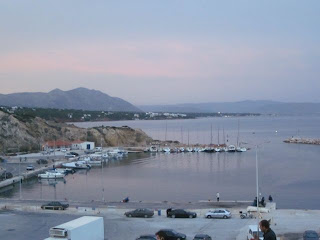 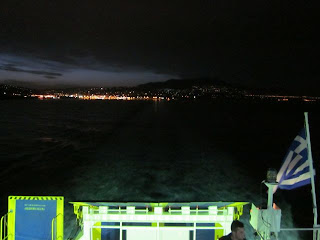 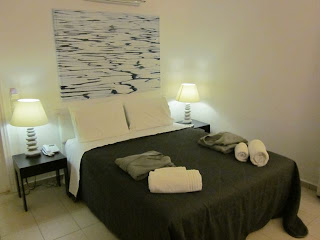 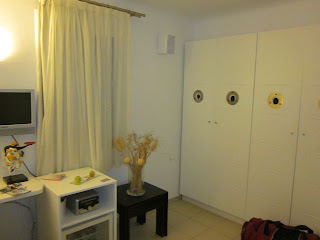 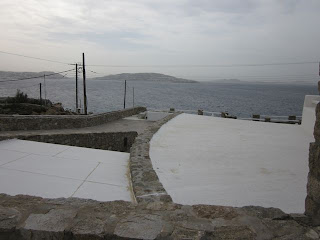 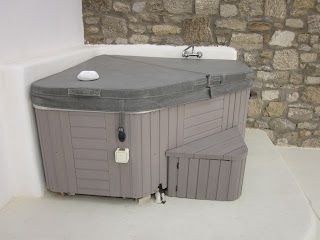 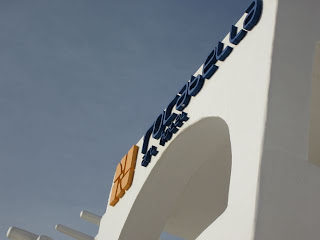 The hotel was a bit away from the main town in Mykonos.  The only way to town this time of year was by taxi but the first time I wanted to walk it to take some pictures along the coast. 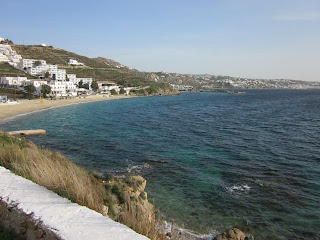 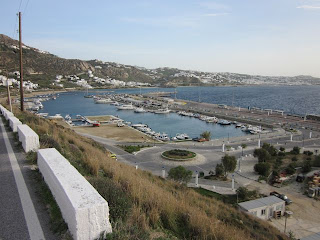 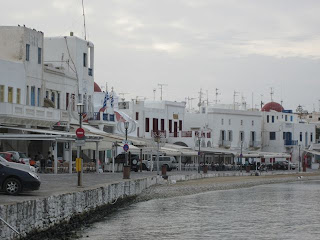 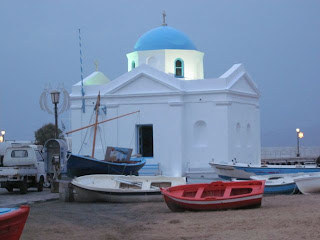 There are so many of these little chapels all over the island.  They were originally built by homeowners as private chapels next to their houses. 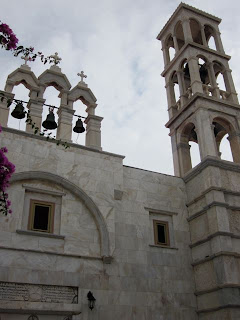 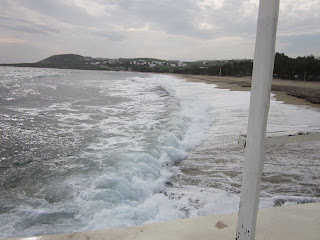 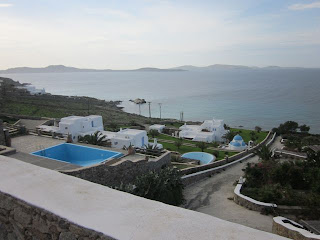 How the other half lives.  In their villas. 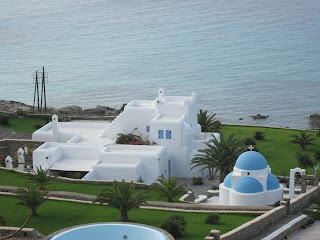 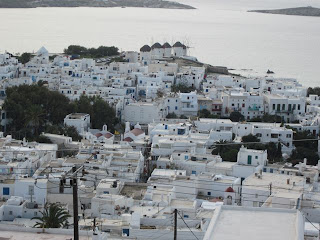 Mykonos Town from above. 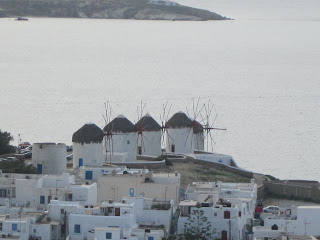 The windmills of Mykonos 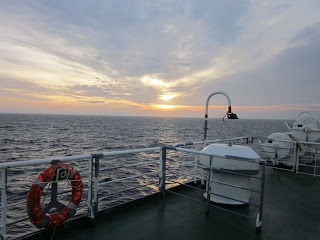 Sunset on the Aegean on the way back to Athens

And Not A Plate Broken