Odd, Round the World, Travel

So here’s a few tips for the uninitiated in Bangkok culture.  First, don’t wing it.  Unlike most cities I’ve visited where I pick a point where there is something I want to see and take it from there, this is not a good idea in Bangkok.  It’s not anything close to a walkable city.  It is so huge and vast that what may seem close on a map is pretty far away.  It’s hot and humid (and this is the “cool season”).  Add to the fact that you never seem to know what street you are on (and neither does anyone else, it seems), plus it being nearly impossible to cross driveways, let alone streets, and you get a pedestrian free-for-all.

Second, if you are going to hire a taxi driver to be your all-day guide, it’s a good idea to make sure his English vocabulary consists more than “good,” “happy,” “massage,” and “toilet.”

Third, you will not get very far very quickly in a taxi on the streets of Bangkok with traffic jams and drivers that basically do whatever they want.  Los Angeles, I have seen your future and your future is Bangkok.

And most important, make sure that when the taxi driver parks his taxi, he is fairly certain that it will still be there when you both get back.  That’s right.  Make sure it doesn’t get towed away.  Which it did.  Gone.

Let’s start at the beginning.  Got to Bangkok between 1 and 2AM.  Took a taxi to the hotel.  This is what $60 a night in Bangkok gets you: 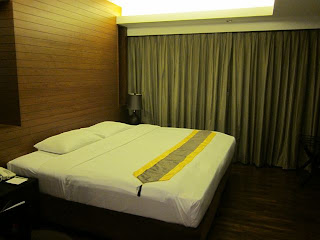 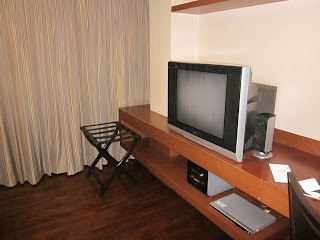 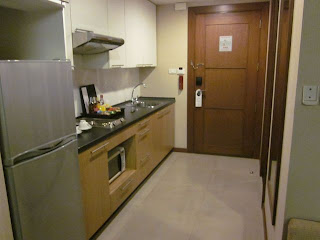 Oh, and throw in wifi (not great, but serviceable) and free breakfast (and I mean full-on breakfast).  Not bad for $60 a night.
I got ready to start the day, thinking of heading to the Grand Palace.  I asked the front desk about tours of the area and next thing I know, I’ve hired one of the taxis to show me around for the day for 400 bahts (about 14 bucks).  For the entire day.  Even if he ditched me half way through, it was worth driving around in an air conditioned vehicle to get the lay of the land.  Two issues with that statement.  Most of the day is sitting in traffic and there is no way to get the lay of the land.  But the driver, Mr. Coke…yes, Mr. Coke…was very friendly and told me where we would go, first being the Grand Palace.  That was after I was able to convince him I did not need him to drive me to Chiang Mai, that I already had a train ticket (“You need train ticket?”  “No, I have train ticket.” “We stop train station for ticket.” “No, I have train ticket.  All okay.”). 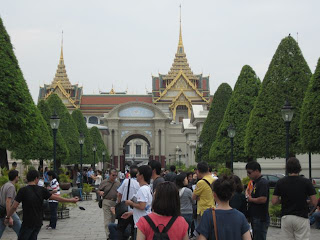 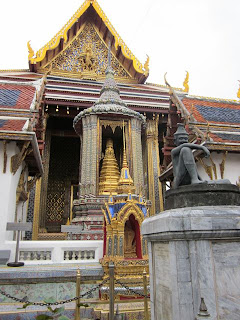 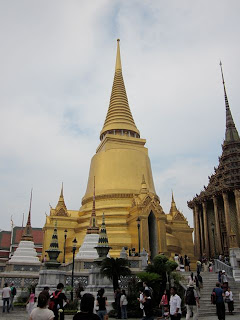 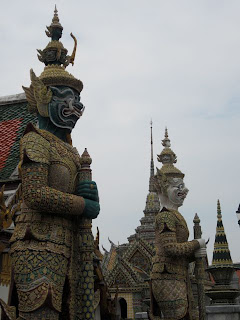 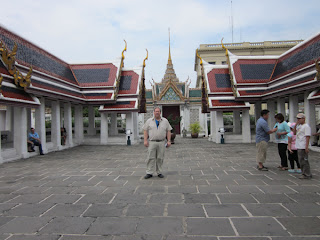 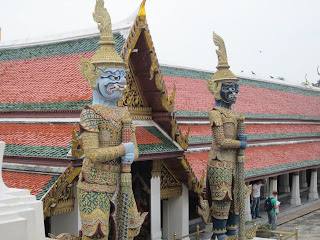 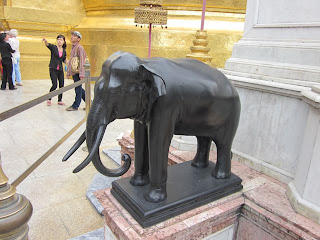 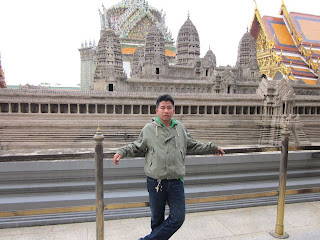 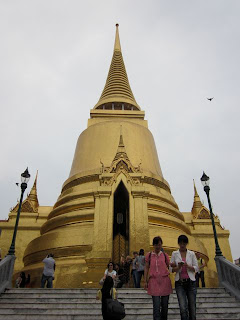 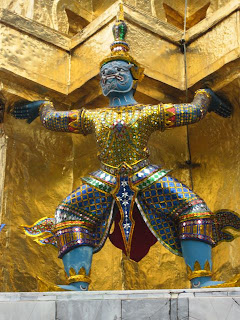 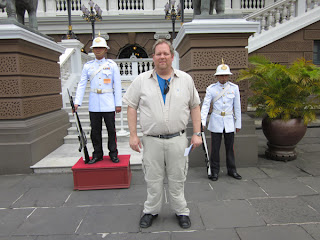 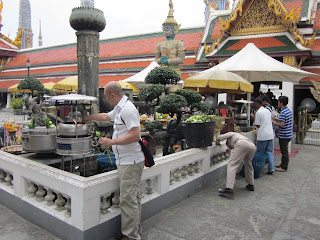 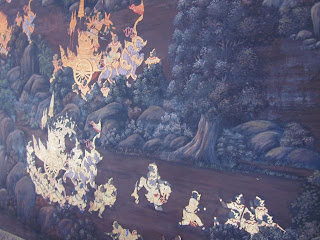 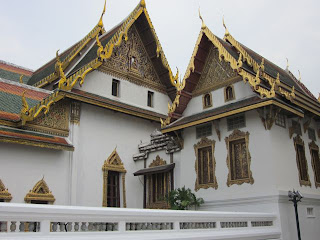 And then we went back to the taxi.  Or so we thought…

“You Know What You Should Do…?”