Watching the many seasons of “The Amazing Race,” I laugh at some of the clueless contestants who get lost, turned around, saddled with bad taxi drivers and think to myself, “what idiots they are.  How difficult is it to just look at a map and figure it out?”  I mean, you can plant me somewhere in a city with a map and I can generally figure out how to get from Point A to Point B.  Amazing Racers, I now have more sympathy for you (except for the ugly American bickering couples).  Now I’m not talking about pulling off difficulties like finding clues in rolled up bales of hay, or rappelling down the side of a skyscraper, or shoveling manure to cover potatoes while dressed like a bubushka.  No.  I’m talking about finding something two blocks away!

My day started with a plan.  I had read about a market called Or Tor Kor, which I had read was something to see it with all its exotic food stalls.  I did manage to find it but with great difficulty despite the directions that said just exit the subway and you are in it.  That’s if you exited the right way.  Not the way I exited.  Not only are the exits far apart, they are on opposite sides of major highways.  Took the Skytrain and subway.  Once there, it was a fascinating open market with spices, fishes, meats, produce, baked goods, etc.  This was obviously a market for locals as nothing was in English and no one seemed to know any.  I was the only non-Thai there.  And the place was huge. 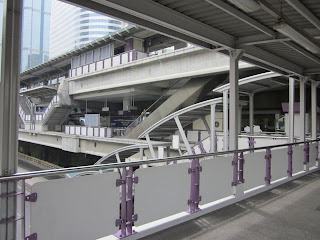 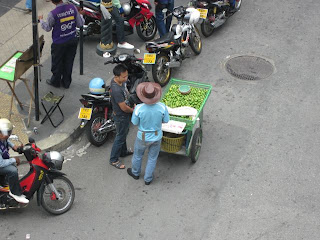 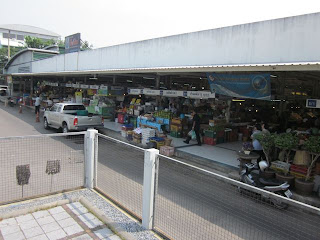 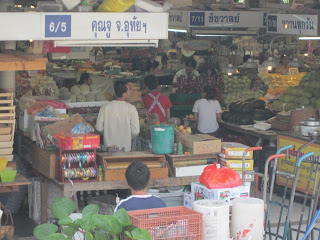 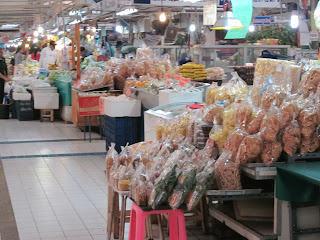 Next, it was on to see the Victory Monument in the city, which is not much on the monument scale of, oh, say the Arc de Triomphe or the Washington Monument.  It’s in the middle of a traffic roundabout that you can’t possibly cross and is roped off anyway. 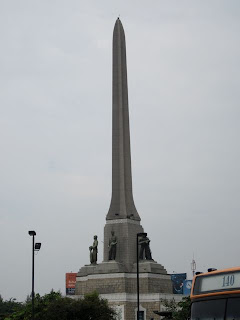 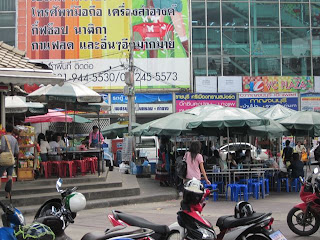 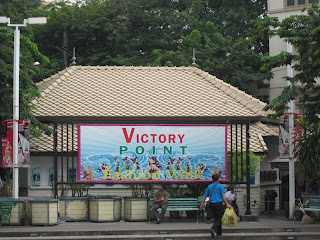 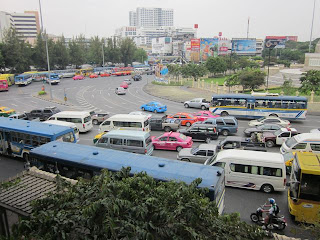 Lots o’ traffic
From there, the plan was to head to the Jim Thompson House, an American who helped revitalize the Thai silk industry.  He was also an architect and his house is a major attraction.  If you can find it.  Or find someone who can direct you.  Or take a taxi and sit for who knows how long in traffic.  Struck out on all three attempts.  So instead, I ended up at the Siam Center, the major shopping area of Bangkok.  Now, there is “going to the mall.”  And then there is “going to the mall.”  Or three or four.  Yes, there are at least three major shopping malls right next door to each other.  And these are mega-malls with about six stories each.  And packed.  Yes, they love to shop here. 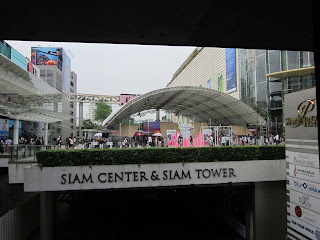 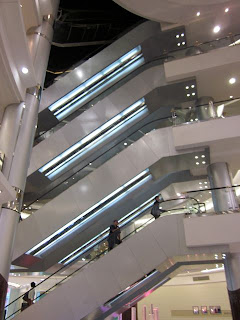 A lot of retail! 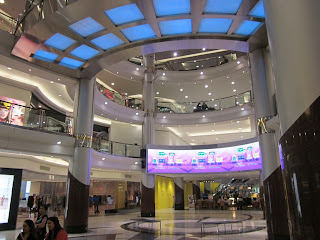 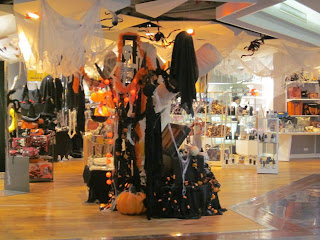 A taste of Halloween 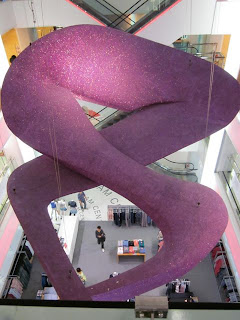 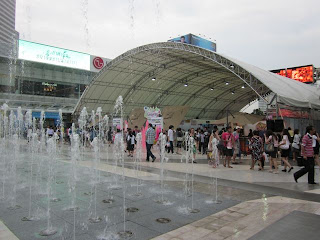 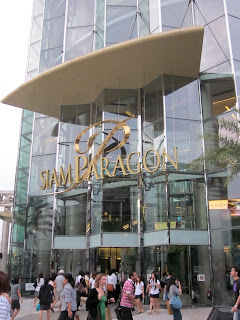 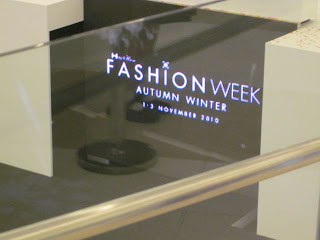 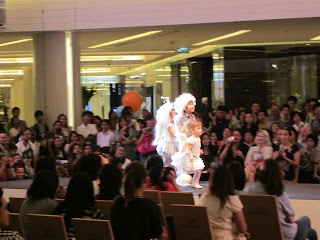 One thing I found quite funny is I was in a store and they were playing hard-core rap.  We’re talking the “f” word, the “n” word, killing, beating.  And all the while the clerks just smile at you. I was so tempted to ask if they even knew what the words were in the song.  But I’m guessing not.

After, some street food and being adventurous.  A lot of things being put into a noodle bowl, some of which I had no idea what they were.  But what the heck. 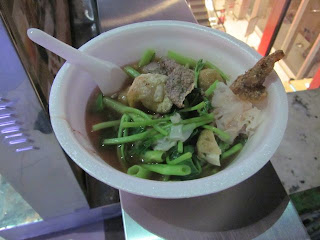 And to cap off the evening, I went to the rooftop bar of the Banyan Tree Hotel, 61 stories high.  It’s an outdoor rooftop restaurant and bar where you look out the night sky at all of Bangkok.  Beer not cheap but you can’t beat the experience.  Once I found it. 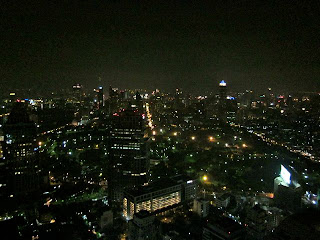 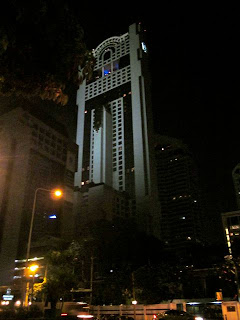 Day One (Actually Day Two Since I Technically Left Yesterday)