And Now A Word From Our Sponsor…

Brought to you by Dead Sea Mud.  Feel younger with baby smooth skin.

Okay, getting ahead of myself.  I took a day trip to see the Masada and go to the Dead Sea.  It started out a bit rocky when the tour company gave me the wrong pickup point.  I had a bad feeling as I stood and waited.  The lady at the desk of the hotel where I was waiting was kind enough to call, especially when she said they don’t ever pick up there.  Sure enough, it was somewhere else.  So I had to make a beeline for another hotel and made it just in time.

We rode through the desert and the Western Territories to below sea level, passing bedouin communities (an oxymoron?), camels, and lots of sand.  The first stop was the Ein Gedi Spa.  No, first stop was a cosmetic company where we had to get the spiel on all the facial products from the Dead Sea area.  Then it was on to Ein Gedi.  A few people had booked the day there so we dropped them off.  We would return later in the day for the rest of us to have a swim in the Dead Sea, later than expected but that piece of the story is yet to come.  But this area is truly an oasis in the desert.  Natural springs allow for palm trees and vegetation – a patch of land surrounded by hot desert. 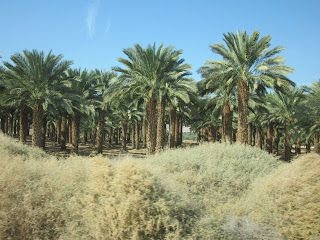 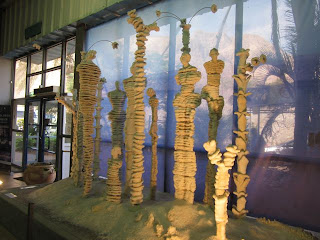 Salt Sculpture – where we got the pitch for Dead Sea products
Next stop was Masada.  This is the fortress that overlooks the Dead Sea where the Jews had their last stand against the Romans after the Second Temple was destroyed.  Originally, King Herod had built a castle here but the Jews fled here and held off the Romans for three years, using the height and construction of the massive fort.  Guess I’ll now have to watch the movie to see how it was portrayed by Hollywood.  Words cannot describe well enough the feeling standing on Masada, seeing the outlines of the Roman camps below and imagining what it must have been like to put up a three-year stand.  Once the Jews knew they couldn’t hold off the Romans any longer and had only one more night before Masada would fall, the decision was to live as slaves or die as free men and women.  They chose the latter, much to the Romans’ surprise when they finally broke through. 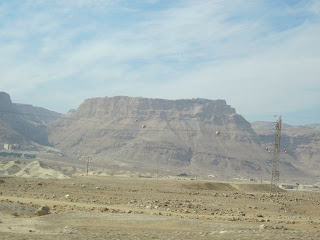 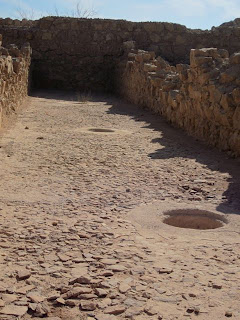 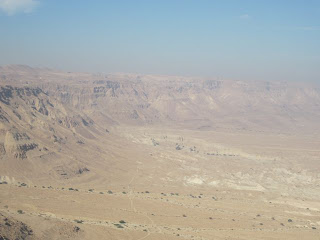 View of desert from Masada 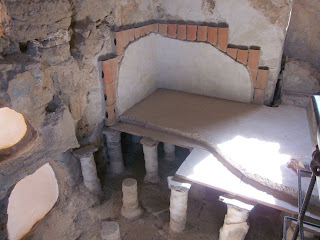 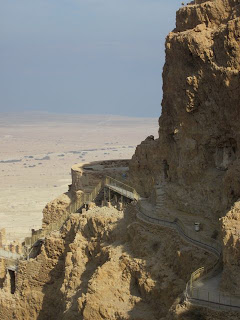 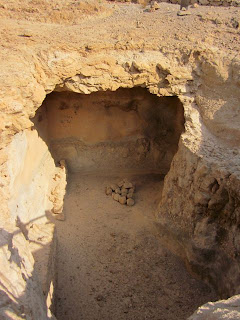 Water reservoir.  The rocks were catapulted by the Romans,
which broke through the roof of the reservoir 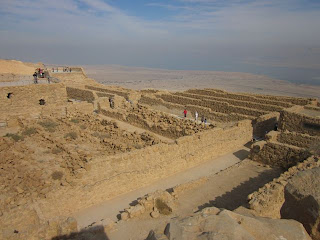 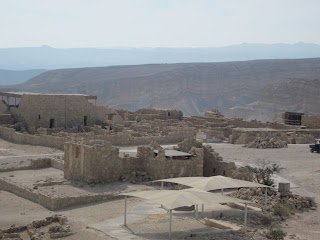 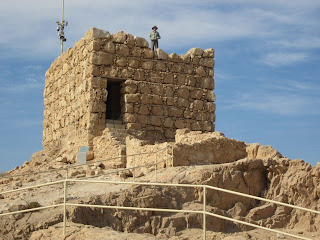 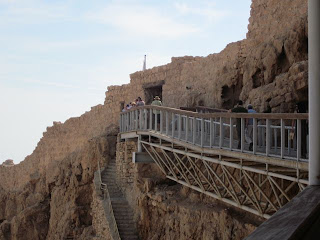 After lunch, it would be on to the Dead Sea.  With one hitch.  One of the members of the group was staying at the kibbutz nearby.  As we dropped him off, the bus got a flat tire.  Fortunately, a couple of the guys on the tour put on the spare and we were on our way.

Floating in the Dead Sea will go to the top of one of the coolest experiences on the trip.  The sea looks like glass from a distance.  It is so calm and the reflection of the mountains from the Jordan side of the river is like a mirror.  The water is highly concentrated in salt an minerals, so you just float on the water.  It’s a big greasy from all the minerals and it’s a stone beach, which is not the most comfortable.  A couple of people got water in their eyes, which stings something awful, and had to have them flushed out in the showers nearby.  But you walk out a bit until you are about waist high in the water and just sit.  The next thing you know you are floating.  It’s a strange sensation, but a good one.

Now about that mud.  At the bottom of the sea, especially in the shallow areas, is mud.  You spread this all over your body and keep it on for awhile.  When you wash it off, you’ve never felt your skin so smooth as this.  Oh, there are no pictures of me doing this.  On purpose.  But I did do it.  Honestly. 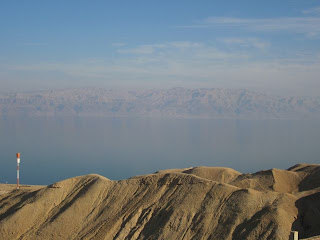 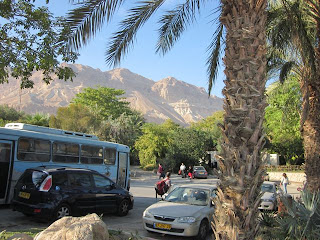 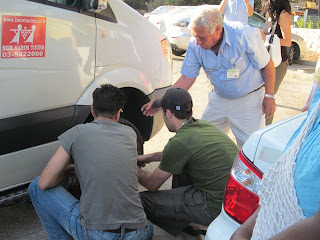 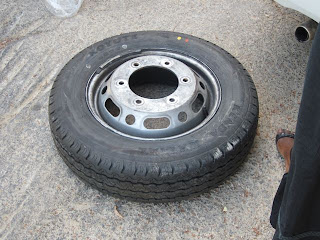 The spare.  Which was a little flat itself but held up. 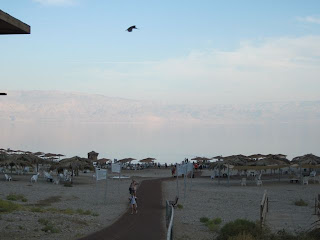 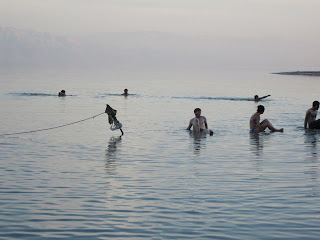 Bathing in the Dead Sea 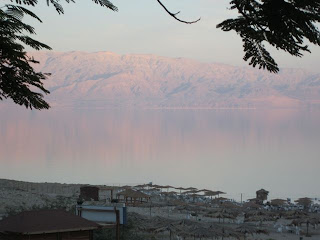 Late Afternoon at the Dead Sea