I’ll admit my knowledge of biblical history is not as good as it should be, so what better way to brush up than to go to the source.  So I booked a day trip to Nazareth, Capharnaum, Galilee, and the Jordan River.  The first stop was Nazareth, which is more of a small city than the image the name conjures up when picturing Nazareth in Jesus’ time. 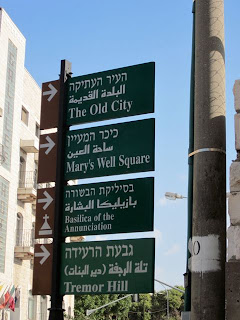 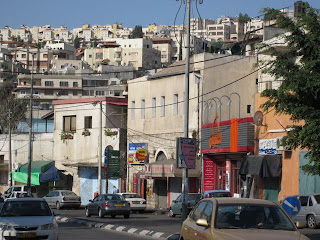 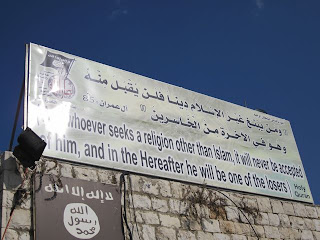 Hmm…I’ll let the words speak for themselves 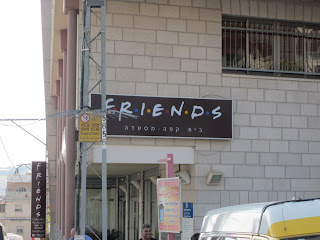 Hollywood’s influence is everywhere
The largest church in the Middle East, the Church (or Basilica) of the Annunciation, is here.  It is a modern church built over the site where it was announced that the Virgin Mary would give birth to Jesus. 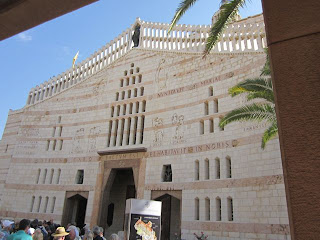 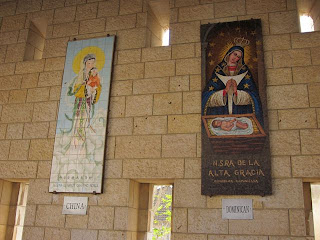 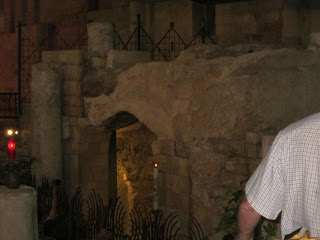 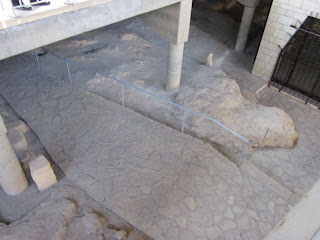 Section of Nazareth from the time of Jesus
The Church of Saint Joseph is next to the Basilica which was built over the original house of Saint Joseph. 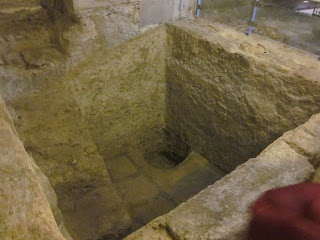 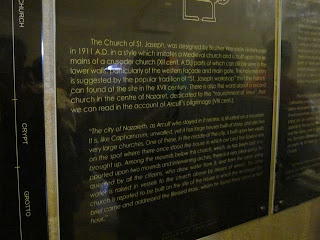 Journey to the Minute