Two of the most awe-inspiring testaments to history I’ve ever been to are the Israel Museum and Yad Veshem, which is the Holocaust Memorial in the Jerusalem Forest.

The Israel Museum was just reopened this past summer after a major renovation and expansion.  It is a beautiful setting with a collection that is vast, from Israeli art to French masters.  There is, of course, a great deal on the history of Israel.  This is not just the recent history of the last 60 years. This includes artifacts found as much as a million years ago of inhabitants of the area.  I’ve seen antiquities before.  But nothing like this.  One of the most impressive exhibits are four synagogues moved into the museum whole and renovated.  Yes, entire synagogues.  Now these are not big ones.  They are from small towns where Jews left or were forced out.  Of course, the biggest draw of the museum is the Dead Sea Scrolls found some 50-60 years ago.  Seeing parchments dating back 2000 years ago is incredible.  I wish I had given it more time because there is so much to see.  They also give several free tours a day for the various exhibits.

You can’t take pictures in the museum but there are sculptures outside as well as a 1:25 scale of the Old City during the time of the Second Temple. 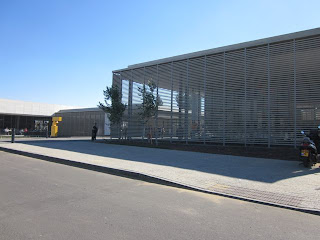 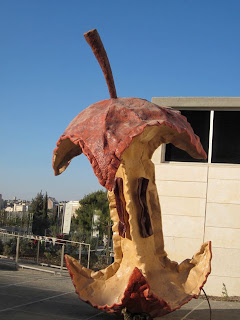 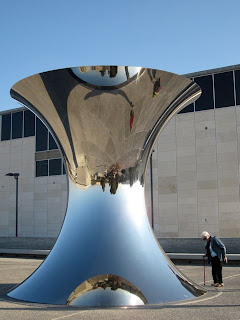 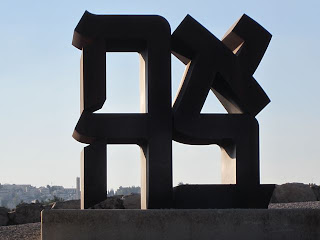 Hebrew version of the LOVE sculpture 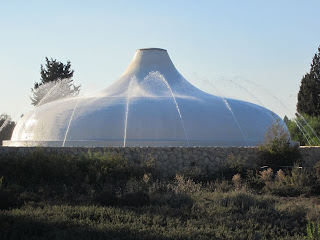 Exhibit of the Dead Sea Scrolls 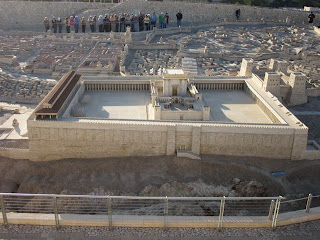 Miniature Jerusalem in the time of the Second Temple 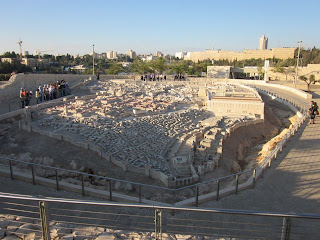 Yad Veshem is another excursion that needs at least a full day.  More than a museum, it is a living memorial to the Holocaust, with gardens, sculptures, exhibits.  It takes hours just going through the Holocaust Museum, let alone the entire complex.  The setting in the Jerusalem Forest is beautiful and offers a serene setting needed to absorb it all.  Again, no matter your religion or lack of belief, one can’t help getting emotional at this place, the horror brought to a people simply for being born as they were born.  I’ve been to the Holocaust Museums in DC and LA, but to me what sets this apart is that it focuses on the individuals and their stories more than the other museums.  Entire exhibits of art by artists who survived the camps are on display and the horror that comes through these pieces are devastating.  In the Memorial Museum, a spectacular piece of architecture, entire streets are recreated with the actual cobblestones of the ghettos, rail tracks, and carts used to remove the dead.  And at the end is the Hall of Names–images of the victims who died and survived are on display with volumes and volumes of books containing their names, with the collection growing as more names come to light. 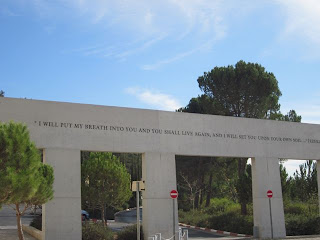 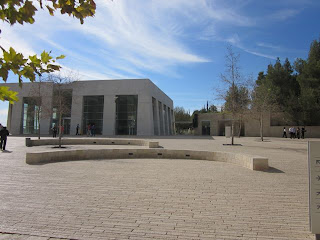 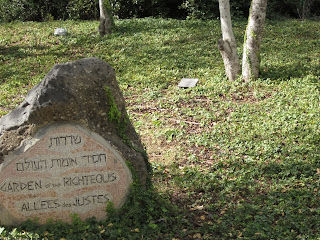 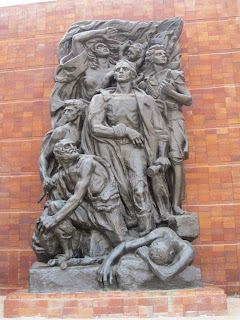 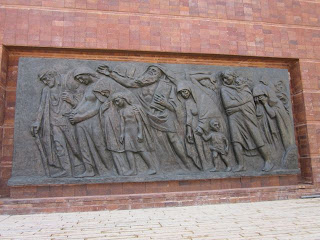 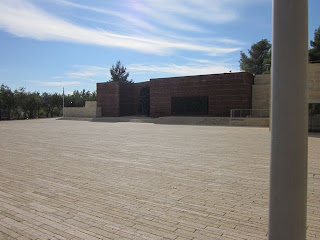 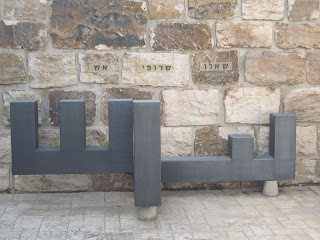 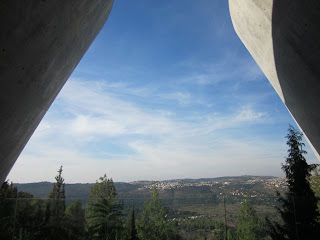 View from the exit of the Memorial Museum

And Now A Word From Our Sponsor…