After two days in Athens, I decided to take the tram to one of the coastal areas, Glyfada.  The trams are a relief from the metro as they are not crowded and take a scenic route along the coast.  The trams were re-instituted for the 2004 Olympics after the tram system had been abolished about 50 years ago.  The best thing about Athens transportation is that it is cheap.  A ticket is one euro and is good for any transportation (except the airport) within a 90 minute period.  You can take a bus or metro to the tram at Syntagma Square, then hop on the tram and take the approximately one hour ride along the coast all for one euro.  Being off season, it was quiet.  But it was a welcome relief, not having my hand on my wallet at all times. 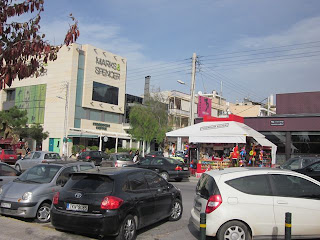 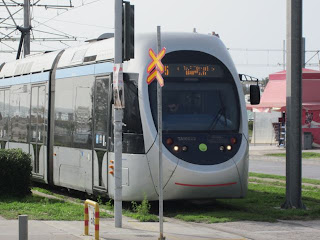 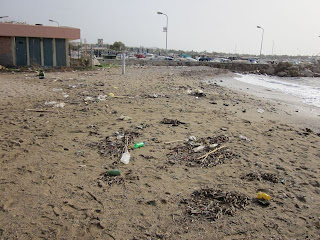 Hope the beaches are nicer (and cleaner) in the summer 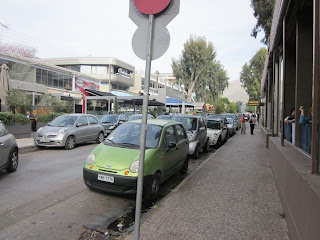 Ten Ten 2 One One

Got Out Just In Time