Fanfare for the Common Man

The Olympic Games.  It conjures up heroic images and awe-inspiring competition on a world stage.  As we know, the modern games began in Athens in 1896 and the Panathenaic Stadium was built for it.  It is believed to be on the same grounds as the ancient stadium of the Olympics of long ago.   For three euros, you can tour the stadium with an audio guide – well worth it.  The stands and benches are carved from white marble and the track is an ancient configuration with longer dimension and shorter curves.  The stadium was refurbished for the 2004 Olympics. 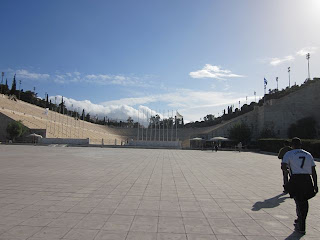 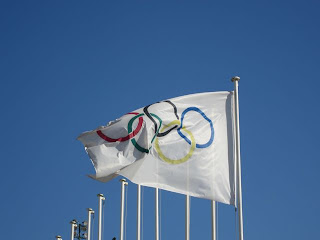 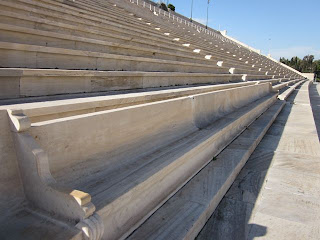 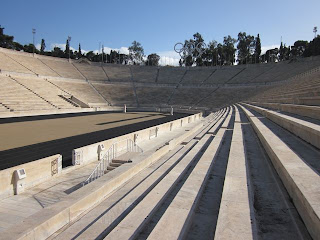 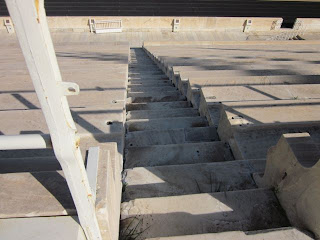 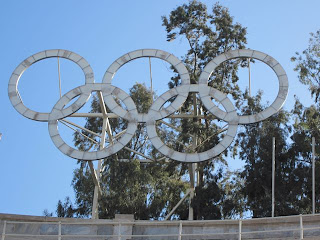 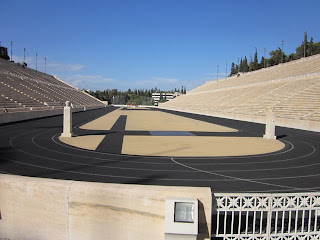 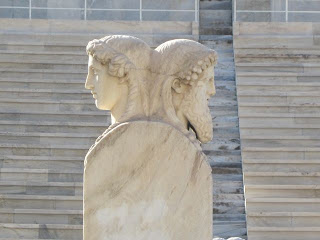 Two of these statues adorn the inside of the track.
One head is the young athlete.  The other, the older
athlete reflecting his past. 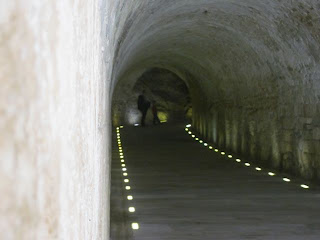 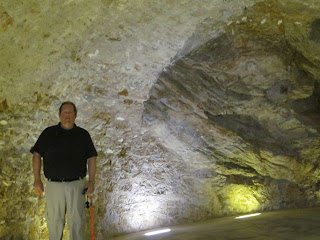 Athlete’s get ready to enter tunnel.  I am not one of them. 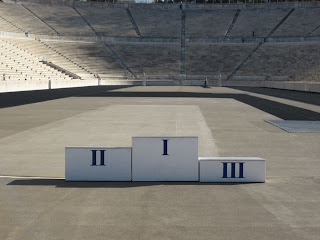 The Longest Escalator in the World

Chicago Architecture – Photos of the Day