This morning I got up earlier (fortunately, the alarm clock on my new phone works because I need a manual to figure out the alarm clock in the room) as I had booked a 4×4 tour of the island.  Good day to stay off the beach as sunburn had set in on my back and shoulders (I know how you all feel so sorry for me!) 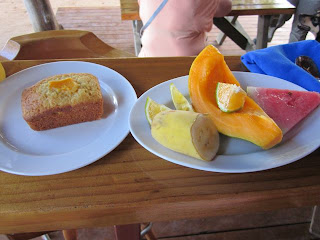 The all-terrain vehicle picked me and another guest up at the hotel around 8:45 for what would be a half day tour of Rarotonga – around the perimeter and up through center of the island – followed by lunch. 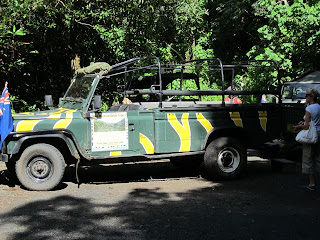 The first stop was the only waterfall on the island. 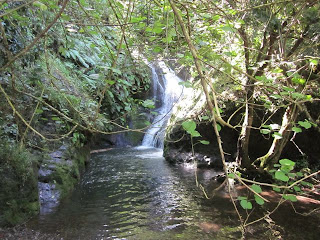 Aside from the historical aspects of the tour, the 4×4 was definitely needed as we traversed some of the bumpiest, ditch-laden roads that you literally bounced in and out of your seat.  I haven’t been on a road this bumpy since my street in North Hollywood (and those of you who have driven on my street know exactly what I’m talking about).  Here are some of the highlights:

Agriculture used to be the prime source of revenue for the Cook Islands.  Now it is tourism.  But the local fruits are in abundance as is beautiful flora. 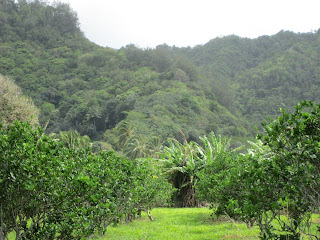 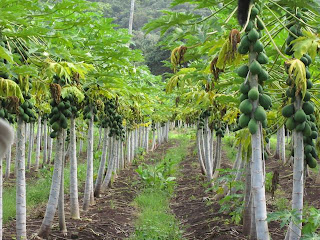 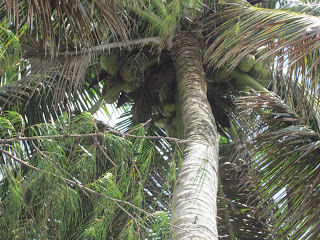 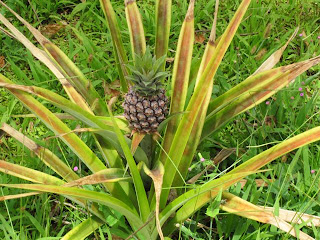 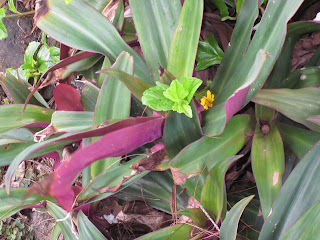 Down by one of the lagoons: There are several churches around the islands: 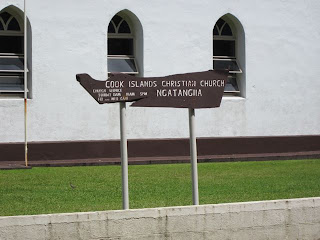 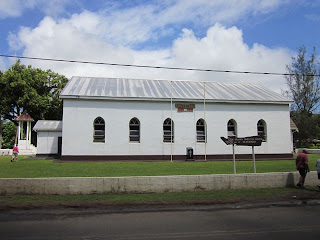 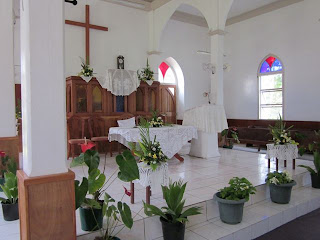 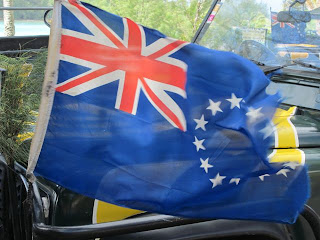 Other misc photos of the tour before they served us lunch: 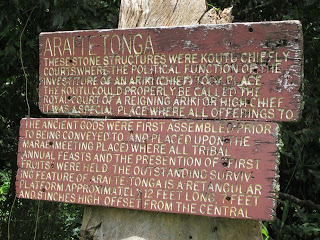 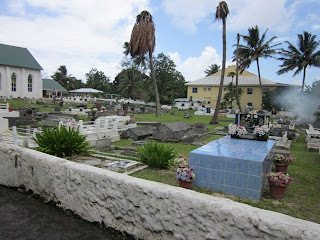 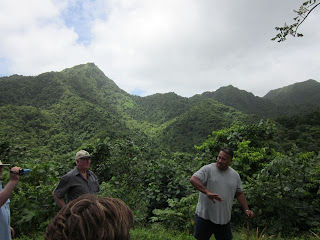 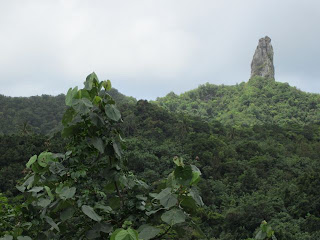 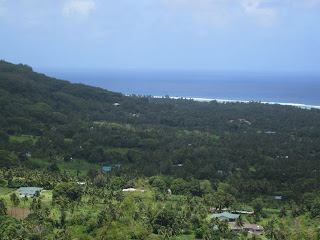 Later in the afternoon, time for cocktails at the Shipwreck Hut, the bar at the Aroa, followed by a BBQ dinner of short ribs, chicken on a beer can, and fish on skewers.  Entertainment was provided by Jake, who is always at the airport to greet arrivals with his ukelele.  Nona and Memory of the Aroa staff also provided singing and dancing: 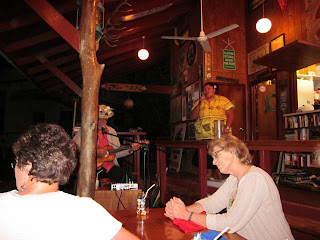 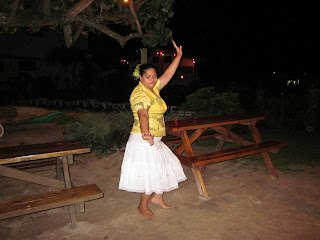 How Did This Come About?

One Week To Go