For my last full day in Sydney, I took the day-long Blue Mountain tour.  I originally planned to do this on Monday, but because of the rain, I put it off.

The tour bus picked my up at the Marriott near the loft at an un-godly 7:20AM.  The driver and tour guide, Michael, was full of information and wit.  He really made it enjoyable and made a couple of detours off the itinerary so we could get the best views of the mountains.  Why called Blue Mountains?  The mist of the eucalyptus trees gives the area a blue tint in the sunlight.  Even though it was kinda overcast, you could still see the bluish tint.

The first stop, however, was at Featherdale Wildlife Park, a zoo with indigenous birds, animals, and reptiles.  I would finally get to see kangaroos and koalas up close. 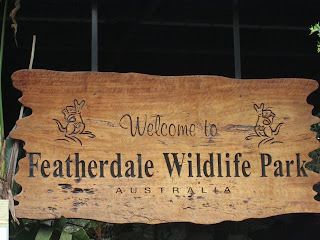 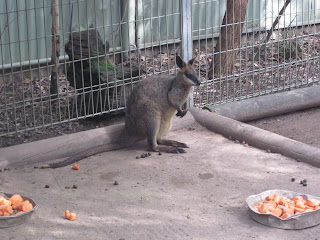 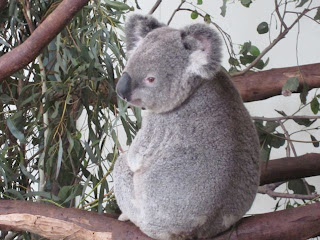 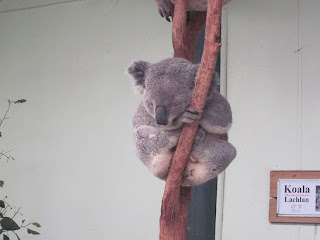 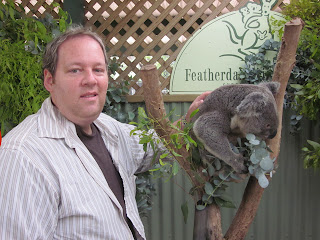 You asked for me in a picture.  What’s better than with a koala! 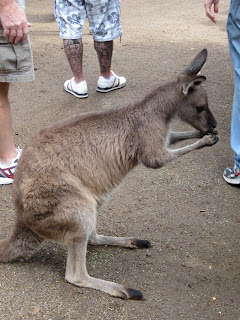 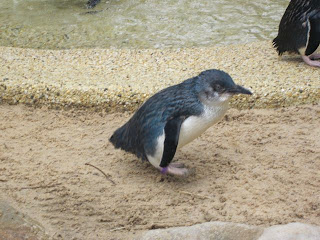 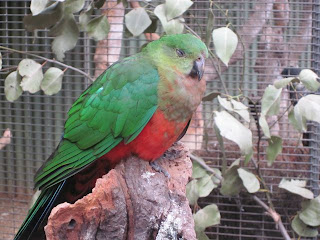 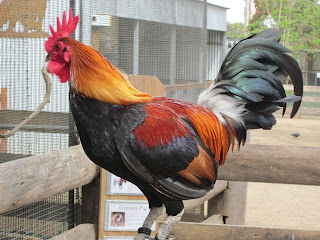 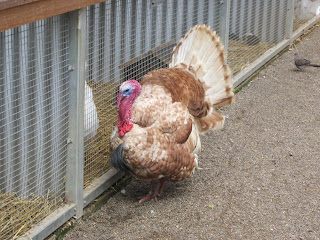 Safe in November in Australia 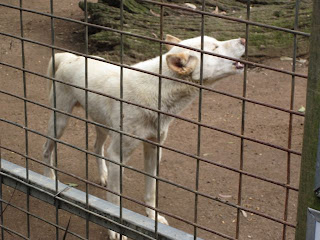 Yes, I have to–“That dingo stole my baby!” 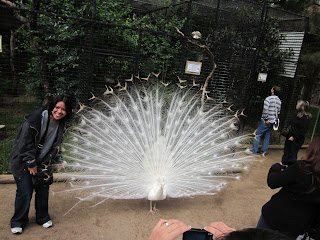 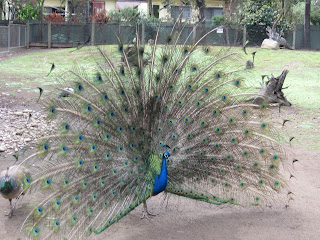 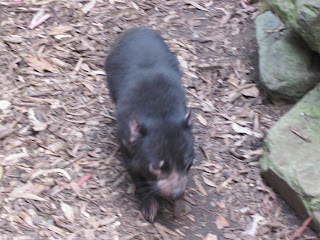 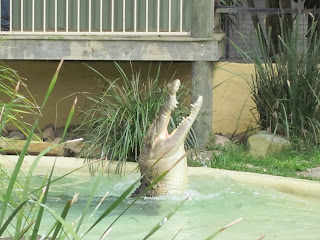 Feeding time
After lunch, it was on to tour the Blue Mountains.  There was a lot of fog at the first stop, so our guide Michael made a detour off the beaten path for a better view.  Then it was on to Scenic World where you could either take a rail car and/or tram up and back.  Or walk 1000 steps up and down.  Uh, rail car down and tram up.  The rail car was a really weird seating arrangement.  You sat in and down with a cage over the top of you.  The cage sloped down over the right hand seat and I would have had to duck to not hit it.  Suddenly, it speeds down the hillside through a dark tunnel.  Good thing for the cage because you really need to hold on to something.  It was lots of fun but a bit disorienting.  Once down the mountainside, you were in a 4-season rain forest with a boardwalk that explains the history of the area, especially for its coal mining. 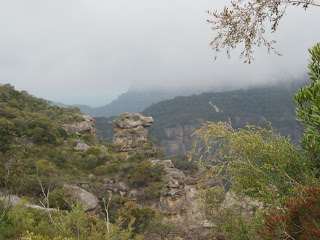 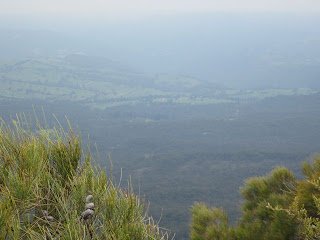 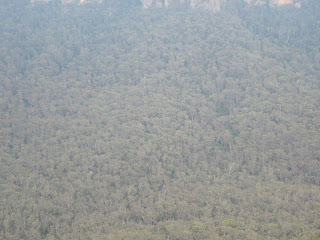 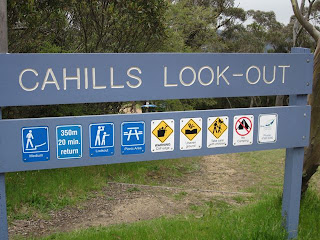 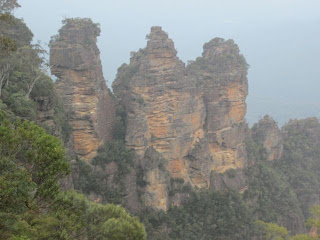 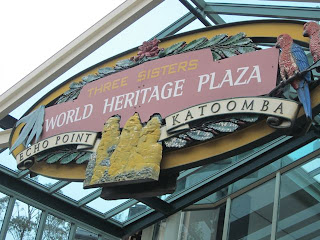 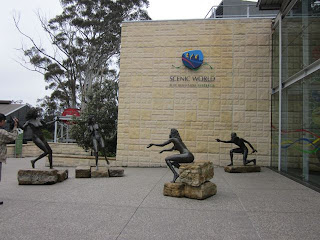 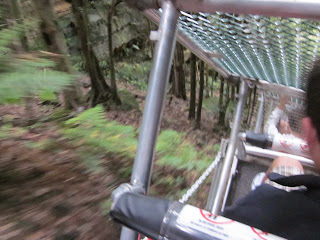 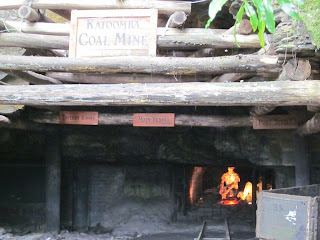 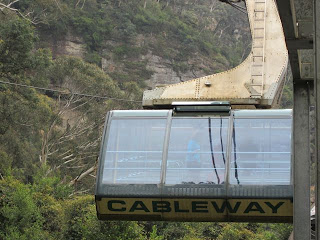 The final part of the itinerary was a boat ride back to Sydney from the Olympic Park area, a section of Sydney rebuilt for the 2000 Olympics.  Fortunately, a smooth ride since I forgot the dramamine.  But before, Michael had time to give us a demo on throwing a boomerang. 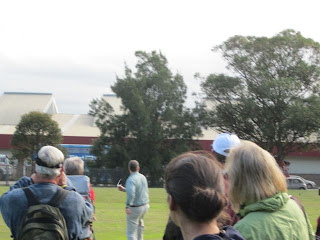 Penzance By Way of the Caribbean